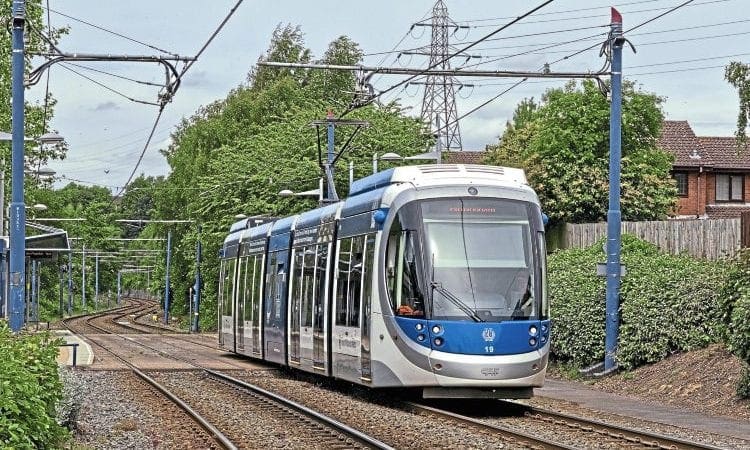 WEST Midlands Metro has marked 20 years of operation by unveiling a specially designed livery on tram No. 19.

Services were officially launched between Wolverhampton St George’s and Birmingham Snow Hill on May 30, 1999 with an extension through to Grand Central (Birmingham New Street) opening in 2016.

Today, Metro trams travel a total of more than 2,000,000km per year and carry more than seven million passengers.

The network is due to expand again later this year with a short extension from Grand Central to Centenary Square in the centre of Birmingham.

However, there are also plans to treble the size of the current network, with further expansion to Dudley, Brierley Hill, Hagley Road, Digbeth, Bordesley Green and Solihull – which should see annual passenger numbers hit 30 million.