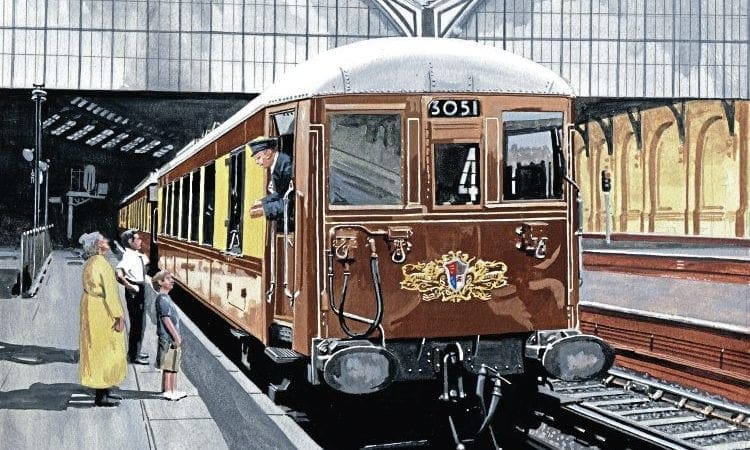 Restoring a 1930s all-electric Pullman train for use on the mainline is a project where the 5BEL Trust has faced and overcome numerous challenges. With the luxury train now being prepared for testing, Andy Coward brings us up-to-date with this ambitious restoration.

Work on the restoration of four ‘Brighton Belle’ coaches is nearing completion, as the 5BEL Trust project approaches the stage where the rebuilt vehicles will soon begin testing in preparation for their return to the national rail network, operating under their own power for the first time in almost 50 years.

Donors who have contributed towards the project and other invited guests were given the opportunity to view the coaches, which are undergoing rebuilding at W H Davis
engineering works in Shirebrook, on June 1, prior to an anticipated move to Eastleigh during the summer for testing and commissioning works to begin.

While there remains a lot of work to be completed before the coaches can leave Shirebrook, it is clear the restoration and rebuilding is now reaching the final stages, and visitors were given a tantalising glimpse of the luxury that will greet passengers once the train returns to active service next year.

The work carried out has been done to the highest standards and the attention to detail in re-creating the feel of the ‘Brighton Belle’, while also catering for the needs of the modern-day passenger, is clear to see.

With the total cost now sitting at around £6 million, this is arguably one of the most ambitious restoration projects to have been carried out in railway preservation, with funding having come from a dedicated bunch of supporters and two major benefactors, who have contributed significant sums towards the project since it was first started by 5BEL Trust chairman Denis Dunstone 10 years ago.

It is 47 years since the three 1932-vintage five-car 5BEL ‘Brighton Belle’ EMUs were withdrawn by British Rail.

As such, returning the ‘Belle’ to the main line network was never going to be easy, and the 5BEL Trust has had to ensure the train is rebuilt to modern standards.

It is effectively being treated as a newly built train when it comes to main line certification, and has to comply with current standards required by new trains as no ‘Grandfather Rights’ were transferred upon the privatisation of British Rail, as enjoyed by other Pullman coaches still operating on the national network.