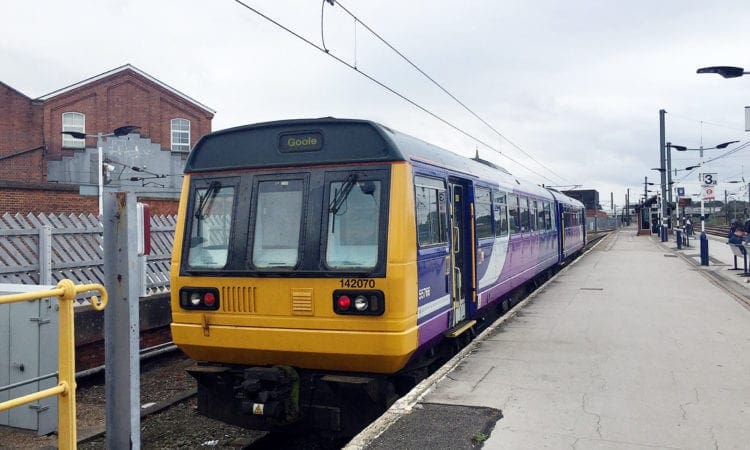 The mayors of Greater Manchester and Liverpool have called for Northern Rail to be stripped of its franchise, accusing it of “consistently failing”.

Steve Rotheram and Andy Burnham said Transport Secretary Chris Grayling should terminate the franchise as soon as possible. In a joint statement, they said Northern had “consistently failed” to deliver its legally binding requirements.

The mayors said they were speaking on behalf of the 4.3 million people they represent, a year after last May’s rail timetable chaos.

The two mayors said Northern has failed to deliver a significant and sustained improvement in performance, with nearly a fifth of all services arriving late, 28,000 services cancelled, and a huge increase in services being “shortformed” – reducing the number of carriages on the train – from 2,825 in December 2018 to 4,172 in April 2019.

People in the North West are still having to put up with unreliable & overcrowded trains. Enough is enough. It’s time to end this franchise. https://t.co/z499KkGKZa

Northern was also accused of failing to resolve the guards on trains industrial dispute, which has seen 46 days of strike action.

Northern had also failed to introduce new trains, which means the “hated” Pacer trains may not be gone by the end of the year as promised, and promised new services had not been delivered, it was claimed.

The joint statement said: “The Greater Manchester and Liverpool City Region Mayors are now urging the Department of Transport to implement an ‘Operator of Last Resort’ and bring in a new board and team of directors to run the company as soon possible.”

After a year of chaos on the North’s railways it’s time that the interests of passengers are put first.

Today myself and @AndyBurnhamGM are calling for Northern to be stripped of its franchise.https://t.co/ahjyAi8JIe

Mick Cash, general secretary of the Rail, Maritime and Transport union, said: “RMT welcomes this decisive move by Andy Burnham and Steve Rotheram and there should now be a swift transition of the Northern routes into a public sector operation. There can be no excuses for any delay.

“RMT will be seeking immediate assurances that the jobs, conditions and pensions of our members will be protected once Arriva are finally kicked off the Northern routes. The union will also expect to see an end to outsourcing of support functions and an absolute commitment to safety and the guard guarantee.

“Any attempt by Chris Grayling and the DfT to sabotage the clear wishes of the democratically elected representatives will spark a furious political backlash. For Arriva Rail North the game is up.”

Shadow transport secretary Andy McDonald said: “Labour metro mayors are absolutely right to call for the termination of the Northern Rail franchise, which was awarded by the last Conservative government.

“The contract has been a failure in every possible sense with delayed and cancelled trains, new services not being delivered and the dreaded Pacer trains still in operation.

“Northern Rail passengers deserve better than this and they also deserve long overdue investment in the Northern Rail network.

“Chris Grayling can’t wait for another review. He needs to act immediately and bring this failed franchise to an end.”

Northern managing director David Brown said: “We agree the North deserves the best possible rail service and are working hard to improve the performance and reliability for customers.

“The unacceptable disruption following the May 2018 timetable change was caused by delays in infrastructure projects out of our control.

“We have apologised to our customers for the pain this caused. We have seen two successful timetable changes since then, introducing many more new services.

“Since last year, we have made a large number of improvements for customers – including better punctuality, investment in new and refurbished trains, over 2,000 new services and hundreds more people employed to help customers.

“These improvements are still a work in progress – but we are making things better for our customers. We want and expect things to continue to improve.”

Manuel Cortes, leader of the Transport Salaried Staffs Association, said it was a “great move” by the two mayors, adding: “Their words clearly amount to a vote of no confidence in an operator which has consistently offered an unacceptable third-rate service and brought nothing but
sustained misery to those using our railways.

“Northern Rail is barely functioning and passengers deserve so much better. These services must be brought back into public ownership now. Failing Grayling would be wise to listen on this occasion and do the right thing – but I won’t hold my breath.”

“Alongside Transport for the North, who co-manage the franchise, our absolute priority is delivering the services that passengers expect and deserve.

“At a time when performance is improving and brand-new trains are being rolled out to replace the unpopular and dated Pacers, change could result in significant disruption. We see no reason at this stage to consider making changes to the franchise.”