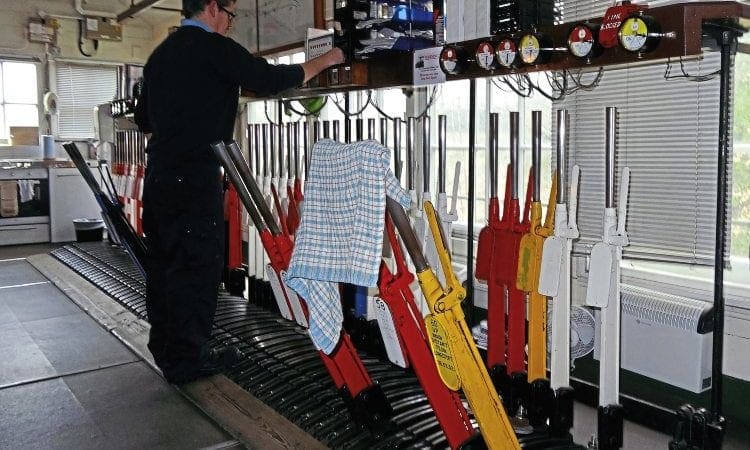 REEDHAM Junction signalbox in Norfolk, along with its numerous semaphore signals, was decommissioned after the last train passed on the evening of March 22, reports Richard Horner.

Its abolition took place ahead of a nine-day engineering possession during which further extensive works were carried out at Reedham, Cantley and Brundall under Network Rail’s Norwich, Yarmouth and Lowestoft (NYL) resignalling scheme.

The last train signalled through Reedham Junction was the 23.30 Lowestoft-Norwich Greater Anglia service, worked by No. 153309, which passed at 23.52.

The imposing two-storey wooden ’box was built in 1904 by the Great Eastern Railway to its Type 7 design with a 60-lever McKenzie & Holland frame. It was erected when the company doubled the Lowestoft line from Reedham to Somerleyton.